Skinstore US Navigate to the page search keywords input
Events

To celebrate Independence Day, we’ve revealed the most independent states of America in our latest survey. The results uncover which state homes the country’s most independent women, with the East Coast far more independent than those of the West.

Taking into consideration the home, work and personal lives of over 2,000 American women, the survey revealed that women in New York, Florida and Chicago top the charts for living the most independent lives. However, women in Utah and California are the least independent. 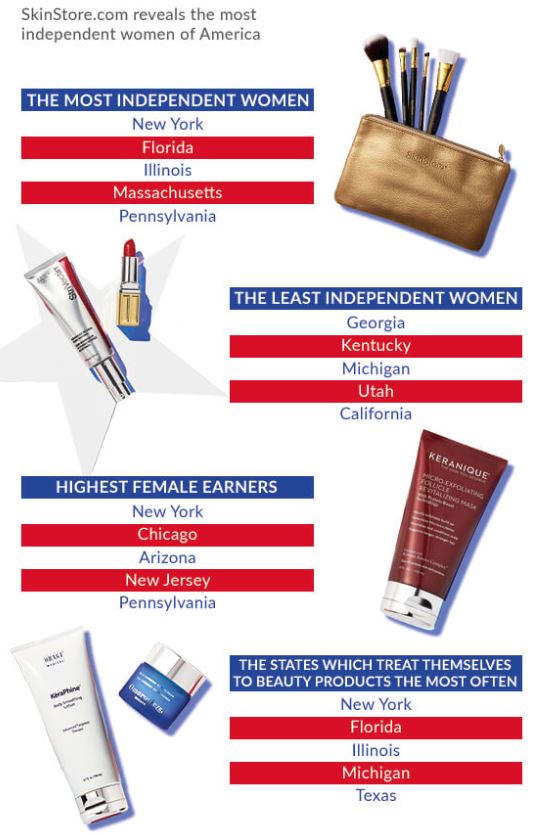 Our survey also highlighted modern day equality, with women having the highest salary in 42% of homes and 19% running their own business. 20% of women questioned said they preferred to lead their relationship. 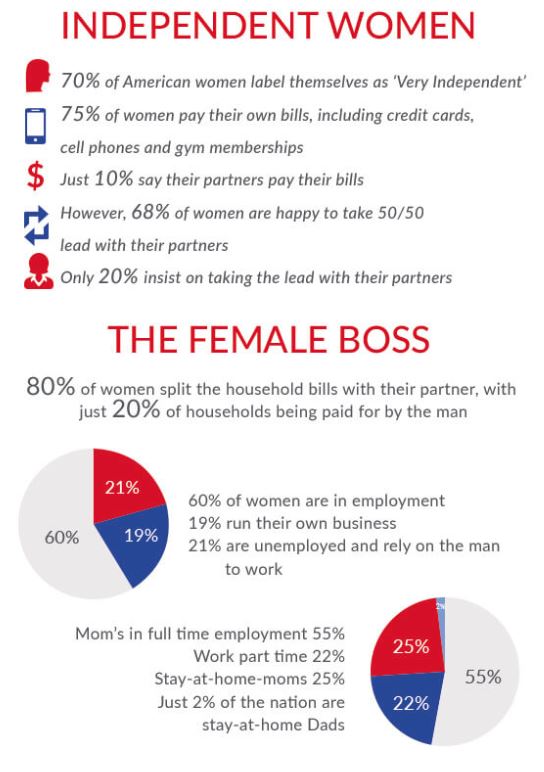 70% of women described themselves as ‘very independent’ with 75% paying their own bills: cell phones, credit cards, gym memberships and general appointments. Just 10% of couples have the man footing the woman’s personal bills.

Over half of American women would choose a beauty product as their treat of choice. A third of respondents treat themselves twice a month, with moisturizers proving the go-to treat of choice!

Here are a few of our favorite moisturizers available on SkinStore now: 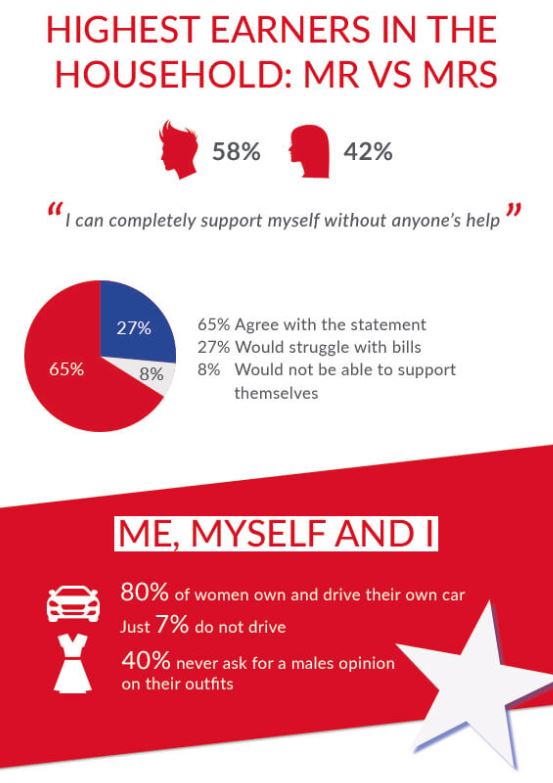 80% of women split the household bills evenly with their partner, and we found the below statistic even more interesting with a 16% difference between men having a higher salary than a woman.

In the average household, the ratio of men having a higher salary than a woman is now 58:42.

Me, Myself and I

Although 70% of women state they are very independent, 68% of women prefer the 50/50 lead with their partners.

20% of women say they prefer to make all the decisions and lead in their relationship.

How Women Treat Themselves

If you’re included in the statistic of over half of women who treat themselves to beauty products, treat yourself to some of our SkinStore favorites below!

Keep up-to-date with our latest beauty news at our Facebook page here.

During the day, I’m a busy Beauty Content Manager, musing over all things beauty and make-up. By evening, I’m a dedicated beauty blogger, experimenting with shiny products and the newest lotions and potions. I trained in make-up artistry just to satisfy my cosmetics addiction. Overly interested in natural and organic beauty, as well as how diet and fitness have an effect on how we look and feel.

What’s Really Your Most Attractive Accessory

Caring For Your Underarms

Beard Acne and Other Grooming Tips For Men